I don’t know if it is the change in altitude or the pollen count in Minnesota, but my normal post-Dispatch funk after traveling to Colorado has reached clinical levels.  The other day it got so bad that I checked webmd.com for the symptoms of depression. One of them was “Loss of interest in activities or hobbies once pleasurable.” I guess that explains why I’ve been avoiding this Popsicle assignment. To get back on track, I made a trip to Barnes and Noble. In hopes of curing my post-Dispatch blues, I first visited the Eastern Religion section. But the various “Tao of” books just made me want to go home and watch more episodes of Burn Notice (another sign of depression?).

Eventually I made my way to the graphic novel section where I found a copy of Wilson by Daniel Clowes. The book is a portrayal of a self-obsessed, misanthropic blowhard named Wilson. After twenty minutes of reading the book, I felt cheered up.

In the middle of the book, Wilson goes to prison. “I actually used to kind-of fantasize about going to prison,” he says, “it seems like a good place to do some serious thinking…collect your thoughts, y’know?” These six panels represent Wilson’s unsuccessful search for enlightenment during his six years in prison: 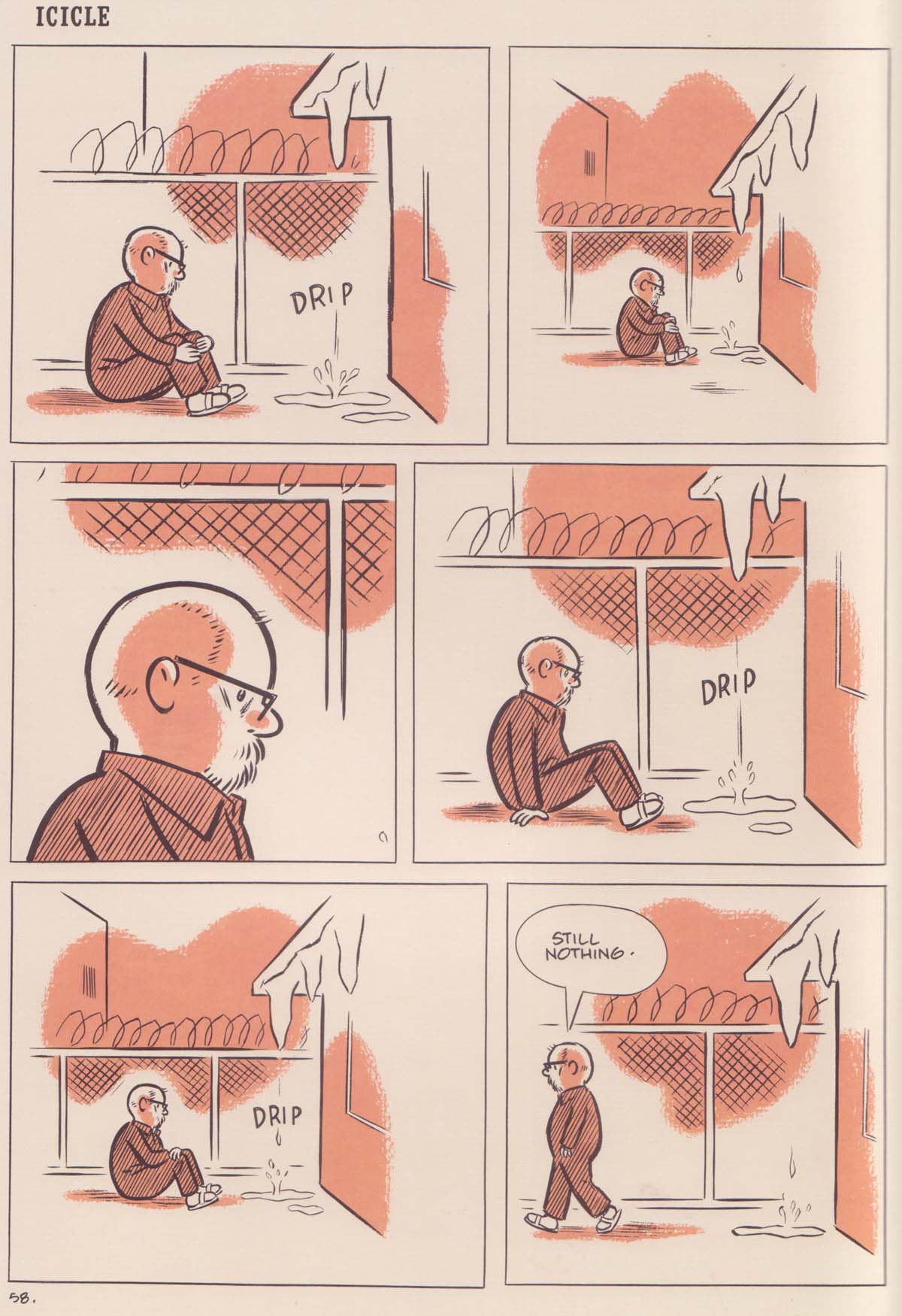 “To read Wilson is to grapple with some bleak truths about ourselves,” writes Glen Weldon on NPR, “We are self-involved, ungenerous, even cruel.” Here’s the question: why does such nihilism provide comfort? Would I have been better off in the long run if I’d chosen a book from the Eastern Religion section?

It turns out that Wilson eventually finds a bit of Zen wisdom. On the last page of the book, an elderly Wilson stares out the window and has a revelation: 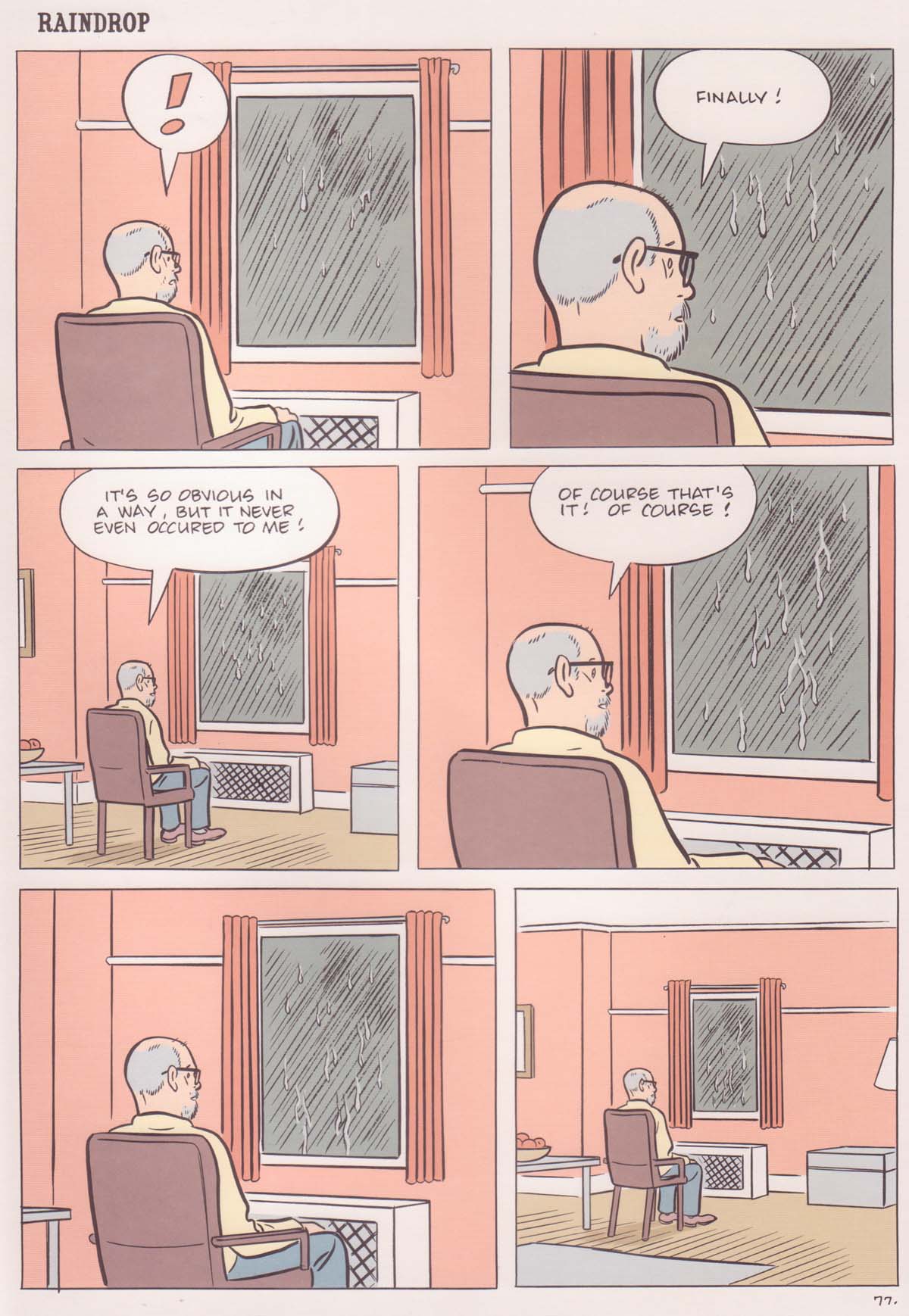