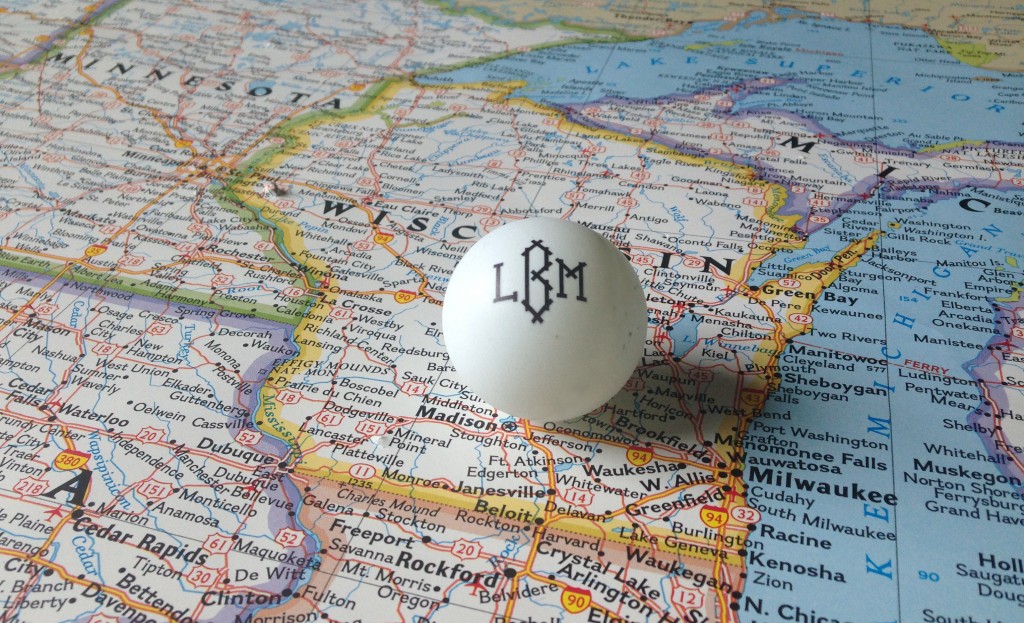 I’ve been describing 2014 as the LBM Year of Wisconsin. Along with participating in a group show at Milwaukee Museum of Art and teaching a course at UWM, I’m so excited to exhibit my survey show, From Here To There: Alec Soth’s America, at the Madison Museum of Contemporary Art from September 14, 2014 to January 4, 2015. Here’s some of the programming done in conjunction with the show:

Saturday, September 13 ·  6–9 pm
MMoCA Night: Alec Soth Opening Reception
Celebrate the opening of From Here to There: Alec Soth’s America with this special MMoCA Nights. Preview the exhibition beginning at 6 pm. MMoCA director Stephen Fleischman will converse with Soth at 6:30 pm in the lecture hall. Afterward, guests will be invited to ask the artist questions about his work and process. Louka will perform live, and hors d’oeuvres from Fresco will round out the evening. Free for MMoCA members / $10 for non-members. more »

Saturday, September 13 ·  6:30–7:30 pm
A Conversation with Alec Soth
In conversation with MMoCA director Stephen Fleischman, photographer Alec Soth will discuss his creative process, including his approach to photographing his subjects on location using a large-format 8 x 10 camera.

Alec Soth’s photographs have been featured in one-person exhibitions at the Jeu de Paume, Paris, and Fotomuseum Winterthur, Switzerland, among others. In addition to exhibiting his work, Soth publishes books of his photographic series, including Sleeping by the Mississippi, NIAGARA, The Last Days of W, and Broken Manual through his publishing company Little Brown Mushroom. He is a member of Magnum Photos and has received numerous awards, including a Guggenheim Fellowship in 2013. Lecture Hall.

Friday, September 26 ·  7–8 pm
Somewhere to Disappear
Somewhere to Disappear is a film that chronicles photographer Alec Soth as he traveled nearly 20,000 miles across the United States for his project, Broken Manual. Developed over a period of several years, Broken Manual features images of individuals who have chosen to establish a life alone and live “off the grid.” 2010, France. 57 minutes. Tickets are available at the door 30 minutes before screen time.

Somewhere to Disappear is co-sponsored by MMoCA and PhotoMidwest. Visit photomidwest.org for more information or to purchase tickets for this and other programs organized for PhotoMidwest, including the September 27 screening at MMoCA of In No Great Hurry: 13 Lessons in Life with Saul Leiter.

Friday, October 10 ·  6:30– 7 pm
A Little Brown Mushroom Odyssey
Writer and frequent Alec Soth collaborator Brad Zellar talks about the experience of working and traveling with Soth. Soth and Zellar have worked together on such book projects as Conductors of the Moving World, House of Coates, and the seven-part LBM Dispatch, which documents the duo’s travels around the United States.

Along with Alec Soth, Brad Zellar is the Fall 2014 Interdisciplinary Artist in Residence at the UW-Madison Arts Institute, where they are co-teaching the course “Truth, Lies, Memory, and Imagination: The Photograph as Story.” Zellar is an author and journalist whose book, Suburban World: The Norling Photos, served in part as inspiration for the Coen brothers’ film, A Serious Man. Among other awards he has received, his book, Conductors of the Moving World, was featured in TIMELightbox “Best of 2011: The Photobooks We Loved.” Zellar also writes for his blog, Your Man for Fun in Rapidan., found at yourmanforfuninrapidan.blogspot.com. Main galleries.

An article on the show HERE