“He stopped beside a marsh with the car windows rolled down and listened to the trilling cacophony of hundreds of red-winged blackbirds, and on the other side of the road the more dulcet calls of meadowlarks. He recalled with immoderate reverence his burgeoning love at age ten for looking at paintings and listening to classical music, the lack of mind in his pleasure. How wonderful it was to love something without the compromise of language.” From “The Land of Unlikeness” by Jim Harrison 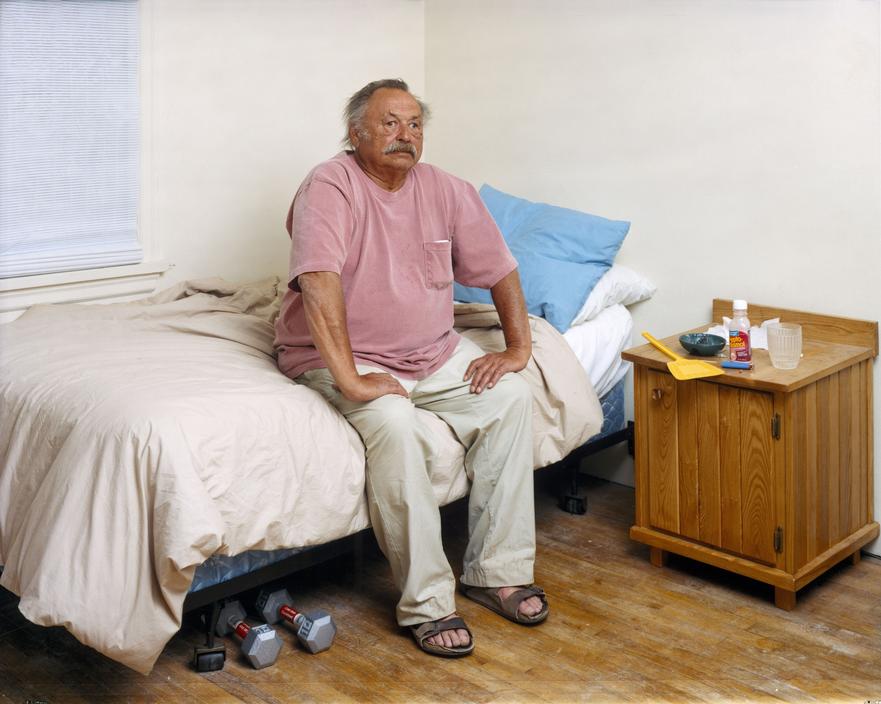 I’ve always been a dog person. I’m not anti-cat, but not pro either. On a recent trip shooting the Michigan Dispatch, I came home to find that my family had acquired Ollie at the Humane Society. My pride wounded, I met the beast with cold eyes. “This is my house, Cat.” (I refused to address him by the name I’d had no part in choosing).

But it was too late – Oliver had taken over my home. My wife and kids were smitten, of course, but it was my Labradoodle’s affection that stung. No longer interested in going to the studio, Misha spent her afternoons enthralled by her new master.

I’ve since wondered at the cat’s power to win over my family. It reminded me of the way women are so attracted to bad boys. But is it their ‘badness’ that charms, or their confidence?

Over the last couple of months of watching Oliver, I’ve come to admire his swagger. Unlike the desperate Lovadoodle, the cat is his own man, living in the moment. My greatest admiration for Oliver is his relentless curiosity and attunement to the environment. He’s aware of every open cabinet, every stray hair band. 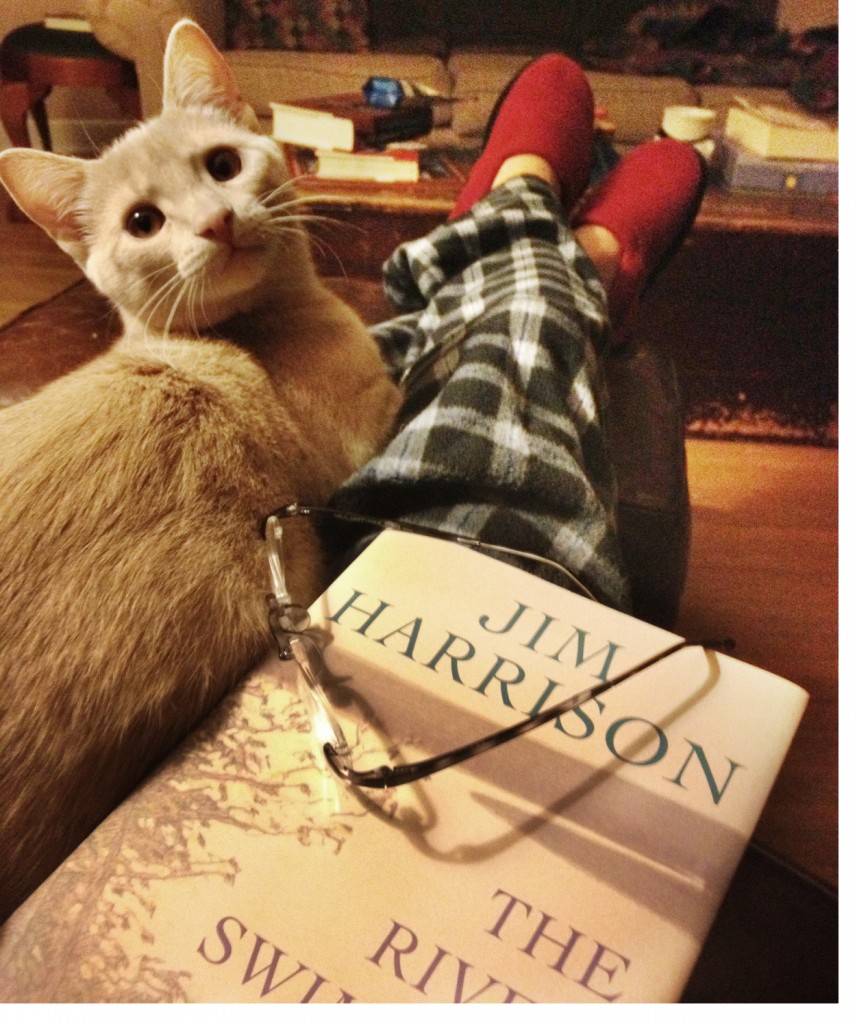 I thought about Oliver while reading this week’s popsicle: The River Swimmer by Jim Harrison. The book is comprised of two novellas. The title story is about a 17-year-old boy that is obsessed with swimming. In the water, he’s himself. Men admire his brawn and women swoon over his tranquil confidence, but it’s all of no matter, he only wants to be in the water.

The story is entertaining enough, but I felt like I was reading a Penthouse letter in Field and Stream. I just couldn’t relate to the boy’s prowess. I much preferred the other novella in the book, “The Land of Unlikeness.” In this story, Clive, a 60-year-old Manhattan sophisticate returns to his childhood home in Michigan to care for his mother. An esteemed academic in the arts, we learn that Clive gave up painting when he was 40. “When I was a little girl painting never seemed to make you happy,” his estranged daughter says to him, “You were always worried about your gallery.”

After sleeping in his childhood bedroom for the first time in decades, something changes:

“Clive woke at dawn having lost his self-importance. He didn’t know where it had gone but it wasn’t in him anymore. His first thought was that the arts had gotten along without him for centuries and would continue to do so. In the night he had looked at the distorted moon though each small pane of beveled glass on the door out in the hall.  He had also seen a bird his mother called a bullbat or nightjar flying across the moon in search of night-borne insects. One had flown so close to his face the evening before on the patio he could hear the chuff sound of its wings. His thoughts were impacted by the idea that nothing looked like anything else, which gave a painter something to do through any number of lifetimes…He had every reason to believe that he had allowed language and thought to betray him, so it would be an immense relief to paint and abandon language and thought.”

Reading “The Land of Unlikeness” was a pleasure. In one scene, after reminiscing about a rendezvous in a ’47 Plymouth with his childhood crush, Clive talks her into recreating the scene for a painting (maybe Harrison should write Penthouse Letters). “The first farcical conclusion was that you shouldn’t try to paint with a hard-on,” he says, “Painting was relatively non-mental but not that nonmental.”

Clive’s transformation back to an artist might strike some as being a bit Hollywood, but I believed it. Listening to Ollie purr on my lap while reading my weekly assignment, I can’t dispute the possibility of old dogs learning new tricks.

5 Replies to “Popsicle #4: The River Swimmer by Jim Harrison”