During our recent Summer Camp for Socially Awkward Storytellers, one of the participants made a compelling point about children’s books. He said that when he thinks about these books, he rarely remembers the story. For him, the book is more of a place than it is a story.

After reflecting on this argument, I found myself agreeing. The place that a story takes me is more important than the mechanics of how I get there. But the story, more often than not, is the vehicle for getting there.

But that doesn’t mean this vehicle needs to be anything fancy. In preparation for camp, I watched a video by Ira Glass on creating radio stories. Glass defines a story as simply being a sequence of actions. “A story in its purest form,” says Glass, “is someone saying ‘this happened, and it led to this next thing, and that led to this next thing.’” A story doesn’t have to have an Aristotelian arc, or any sort of plot whatsoever.

I thought about this simple definition while reading the nine short stories by the legendary Manga/Geika artist Yoshihiro Tatsumi collected in the book Good-Bye. Some of the stories in the collection have dramatic tension, but most are a straightforward series of actions.

One of my favorite stories, for example, is ‘Night Falls Again.’ It starts with a homely young man at a peep show being called a pervert by a stripper. He leaves, follows a pretty girl on the street, and gets called a pervert again. In a park, after seeing a couple make out, he masturbates. On the train home, he vomits. The next morning while walking in the park, he sees pigeons pecking at his semen from previous night. After going to work and being ridiculed by his boss, he walks the streets at night and stares at more women. The story ends with him going back to the peep show. 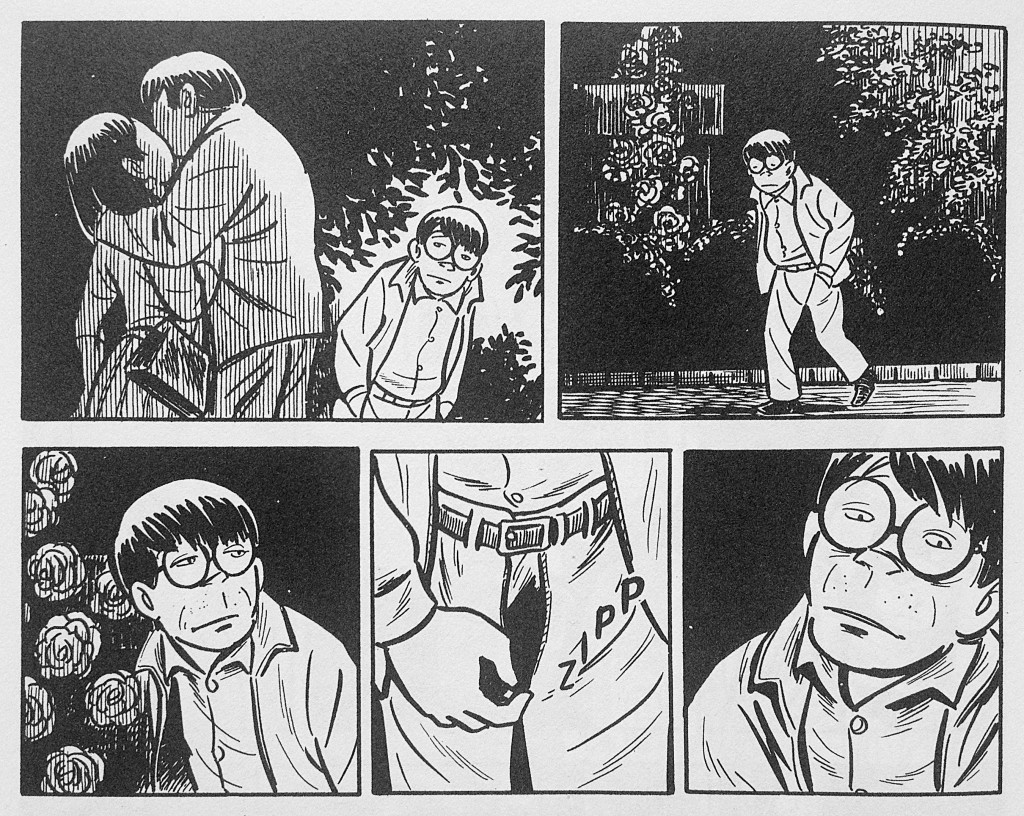 This story has absolutely no plot. And with the exception of the pigeons, noting memorable happens. But the desperately lonely place this story took me was unforgettable. 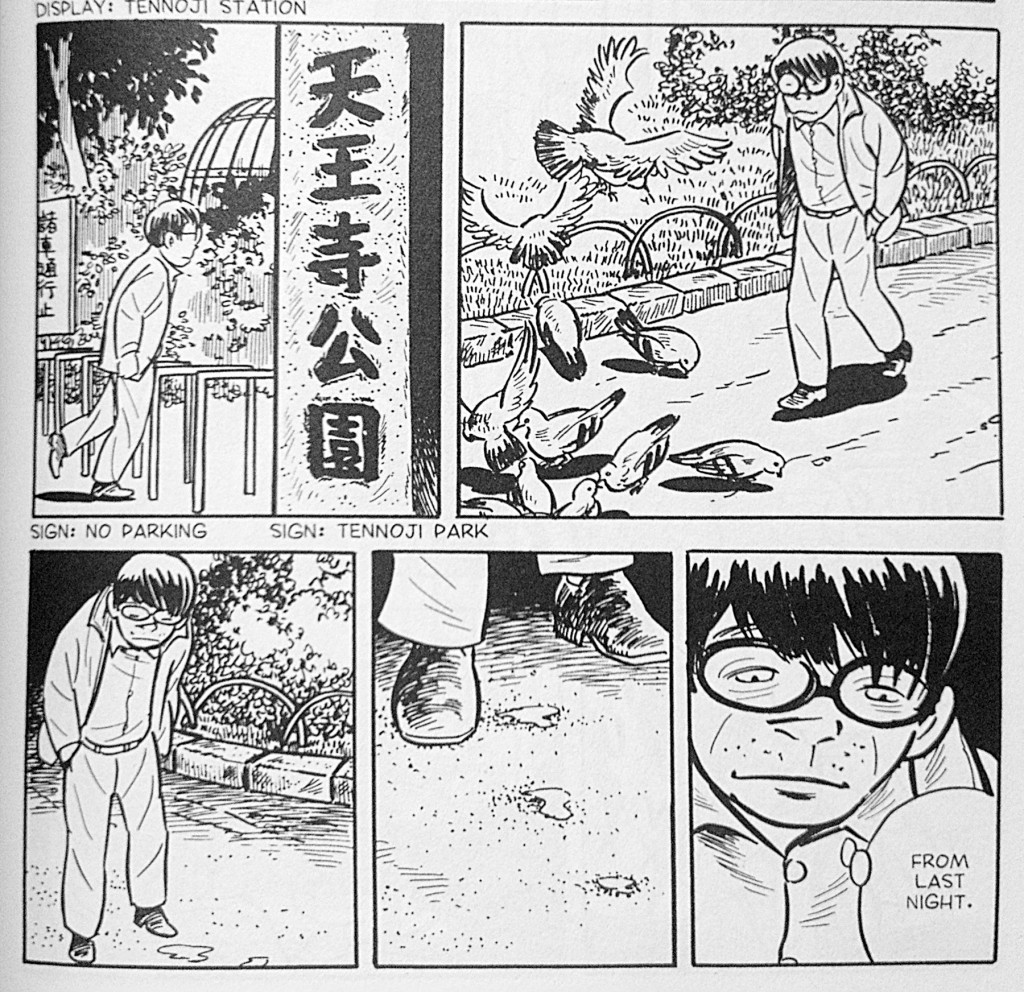 Would I be able to get to the place if the story was removed? I’m imagining a series of photographs: a stripper, a girl on the street, pigeons, vomit, more girls on the street. It sounds gritty and potentially engaging. But what about those pigeons? Without knowing the story of the protagonist, would the image be so unforgettable?