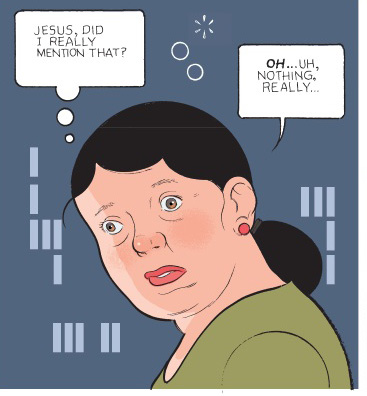 In last week’s Popsicle assignment, I quoted a critic of Louise Glück who wrote “Very few lives are interesting, and even fewer are sufficiently interesting to spawn nine books of autobiographical poetry.” I thought about this a lot while reading the 14 books and pamphlets enclosed in Chris Ware’s epic graphic novel, Building Stories.

The main character (who’s unnamed) is a depressed, middle-aged, stay-at-home mom who defines herself mostly by her physical imperfections. If I have one frustration with Building Stories, it’s that there weren’t even more books about this seemingly uninteresting woman.

Much has been written about the wildly inventive design of Building Stories, but what makes it masterful is the way Ware creates such a compelling portrait out of these fragmentary pieces. After finishing the box, the nameless protagonist was so vivid I had a hard time remembering she wasn’t real. This is particularly remarkable since so much of the book deals with dreams and memories. 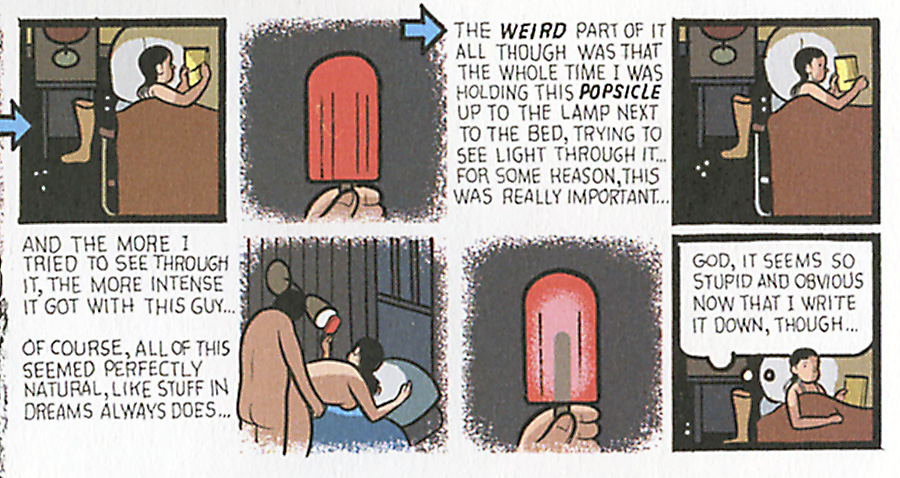 I did exit Ware’s box feeling changed. But it’s also worth noting that the experience of reading Building Stories was extremely pleasurable. I was worried when I bought it that Building Stories was going to be annoyingly experimental and, well, too much hard work. But the only difficulty was finding my reading glasses (don’t even think about trying to read it without them). 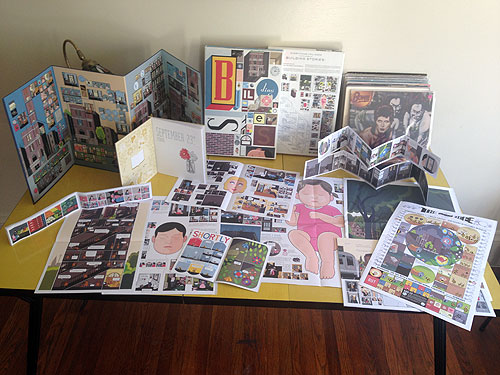 Unpacking Ware’s box is a delight. It also complements and energizes the narrative in powerful ways. In a recent dialog at the New York Public Library with Chris Ware, Zadie Smith talked about the necessity of formal invention:

When I felt a communion with Chris, it was the idea that we are both moderns and that we live in a modern period and have an understanding of what that demands…You have to jolt people in different ways, in different decades and different periods. You can’t keep doing the same things expecting the same reaction because it becomes formulaic and they become used to the very strategies or they are not being challenged. You’d have to find some fresh way to approach them because people are ingenious about protecting themselves from reality. They find different ways not to deal with the real. Writers have to become ingenious to get through it.

If the purpose of my 52 Popsicle New Year’s resolution was to experience more pleasure, a side effect might be that I’m occasionally jolted into experiencing more reality – Building Stories gave me a heavy dose of both.