“Ethical testimony is a revelation which is not a knowledge.” Emmanuel Levinas 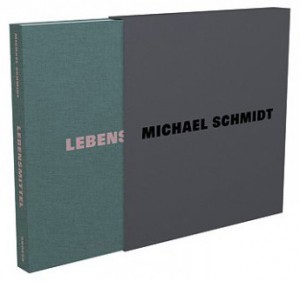 Let’s begin with a little of what we know: We know that industrialized food production has eased hunger throughout the world, that it is decreasing the amount of arable land needed to feed the world’s population, that it has created an economic machine capable of providing animal protein to human beings who could only dream of eating meat a decade ago. We also know that it is depleting valuable aquifers, creating a pandemic of obesity and diabetes, and, through its corporate cultures, contributing to crop monocultures, privatized seed stock, global warming, and antibiotic-resistant bacteria. But all this is dwarfed by a single inescapable bit of knowledge: that rain or shine, alone or in groups, young or old, we have to eat or we will die.

Despite its 174 photographs, Lebensmittel (foodstuff) rarely provides visual evidence for the things we already know about industrial farming. Using a visceral approach that wrestles with each photographic subject on its own terms, Schmidt explores food production through a densely subjective exploration of photographic processes and techniques. The result is a body of work that encompasses a remarkable range of photographic gestures: from out-of-focus close-ups to razor sharp indoor flash, from violent cropping to uninterrupted landscapes, and then there is the mix of color, color-tinted, and black-and-white. The differing connotations of these techniques transforms each subject, shaping our response picture by picture: the almost gross metallic sheen of flash on fish heads, the bucolic extended tonal range of sunlight on a hillside orchard, the claustrophobia of out-of focus (and in-focus) close-ups of ingredient labels. In the process of trashing the received wisdom of a consistent formal approach to a single subject by a single photographer, Schmidt also manages to trash a unified response to industrial food production. Instead, we are faced with the prospect of endless formal invention and a stream of observations, meanings, and associations that creates equal amounts of certainty and confusion. 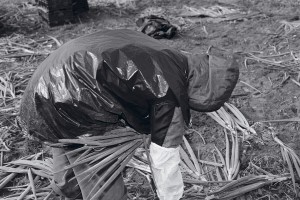 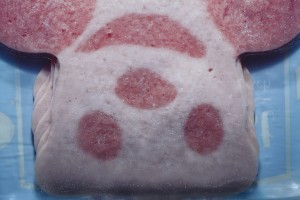 The order of the photographs in Lebensmittel only intensifies these qualities. As with his camerawork, Schmidt has mounted a tour de force of sequential techniques only to frustrate any single structure of meaning. There are repeating images, near-repeating images, images that repeat at various places in the book, images on facing pages, and images facing blank pages. There are recurring shapes (a sprinkler stream, the curve of a farmer’s back) and recurring formal properties (rectangles into grids). Schmidt uses sequence to hammer home mechanization (two facing photographs of the same giant food processing machine) or to remind us that human beings remain an important part of the system (two facing pages of a woman picking onions). In place of a decipherable order (by food, by activity, by production process, etc), there is meandering digression that occasionally coalesces into a concrete relationship only to dissolve with the next photograph. Every time we think the sequence resolves into something we know, it changes direction, forcing us to change perspective. After a certain point, we stop expecting an answer. 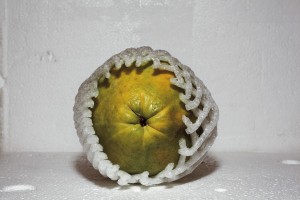 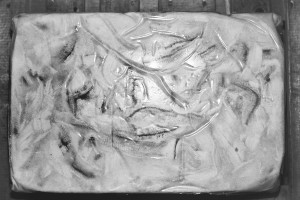 Consider the final sequence: a group of fish heads, a frame full of flowers, a container of apples, a hillside of trees, a curved spray of water, a grid covered by folded plastic, and a bent human back picking onions. Too much beauty to be a complete indictment; too much plastic to be anything but a by-product of spreadsheet capitalism. Ambiguous, unresolved, committed only to what he sees and how he sees it, Schmidt reveals a deeper and broader space of industrialization, a space that overlaps and encompasses both photography and farming. Think of it as a grid that extends from pixel to frame to book to shipping container to hectare, all governed by the same algorithms of control and efficiency. Within this field, Schmidt mounts his own representational resistance: His obsessively exploratory camerawork undermines the logic of the mono-culture with wild organic experimentation while his sequential diversions destroy the notion that efficiency is the cornerstone of every successful system. Lebensmittel is not so much a coherent political statement as it is a systematic destruction of the order of things beginning with the conventions of political documentary and ending with our own preconceptions of both photography and industrial farming. Unrelenting and unrepentant, Michael Schmidt forces us to abandon categorical knowledge as a way forward. What we are left with is a record of what it means to break the rules, the possibilities of an activity taken up against the grain, the fear that what we know about what we eat may not be enough to keep our bellies full.

4 Replies to “Lebensmittel by Michael Schmidt reviewed by Vince Leo”