Before working on this year’s top 10 list, I decided to review my previous lists from 2009, 2010 and 2011. It is interesting to see how different themes emerge. Last year, for example, was the year of crime stories. 2012 seems to be the year for looking back. While only one of my selections is a reprint, six of the others were made by photographers digging through their archives.

Needless to say, a top 10 list is as much about the list maker as it is about anything else. At the end of last year, in a post entitled Moving Forward, Looking Back, I wrote “So as the year comes to a close, I’m looking at my old photographs and Robert Adams books and thinking about time.” I guess it shouldn’t come as a surprise that in the last year I published a book of my old photos and made a video homage to Robert Adams.

So take the list below mostly as a reflection of my own interests. If anything, I hope it prompts readers to make their own list. So tell me, what were your favorite books of 2012?

Pictures and Text by Juergen Teller (Steidl)
A case study in the potential of photographers writing alongside their pictures. Teller’s naturally gifted prose is as sweet as his pictures are crude. The result is laugh-out-loud funny and strangely moving.

Out to Lunch by Ari Marcopoulus (PPP Editions)
A brilliantly crafted mess of pictures, posters, stickers (and a screenplay!) makes we want to throw away all of my belongings, move to New York and become a graffiti artist. 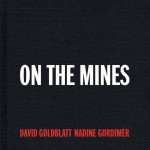 On the Mines by David Goldblatt and Nadine Gordimer (Steidl)
The genius of Goldblatt’s original book from 1973 is the expansive view achieved by inclusion of three distinct documentary approaches alongside texts by both Gordimer and Goldblatt. This gorgeously updated version (which includes new images and texts) achieves Goldblatt’s goal to “expand the view but not to alter the sense of things”.

Elementary Calculus by J. Carrier (MACK)
With the never-ending tide of media bombast coming out of Israel and the West Bank, what a relief to spend time with this understated book and quietly reflect on migration, exile and the longing for connection. 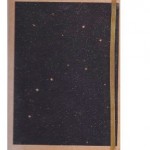 Life’s A Beach by Martin Parr (Aperture / Xavier Barral)
A joyous celebration of fleshy human foibles presented as a photo album. In both form and content, Life’s A Beach might just be Parr’s masterpiece. 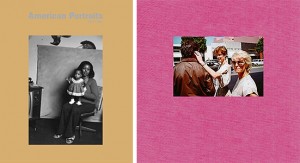 American Portraits 1979-1989 by Leon Borensztein (Nazraeli) & Rodeo Drive, 1984 by Anthony Hernandez (MACK)
I’m cheating here, but these two books of pictures from the 1980’s work perfectly together. Where Hernandez’s street photos indulge in Regan-era conspicuous consumption, Borensztein ventures into the living rooms of working class American hoping for their own slice of nobility.

Summertime by Mark Steinmetz (Nazraeli)
Another book of pictures from the 1980’s, Steinmetz is as wide-eyed and lusty for contact as a teenager as he prowls the American summer. Pretty much any book by Steinmetz is guaranteed a spot on my top 10 list. 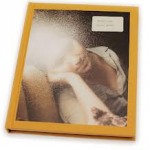 Jeddah Diary by Olivia Arthur (Fishbar)
How do you photograph the lives of Saudi women if you cannot show their faces? Using this restriction to her advantage, Olivia Arthur beautifully evokes the desire for exposure and loneliness of concealment.

Lick Creek Line by Ron Jude (MACK)
Flipping the pages of Lick Creek Line is like following footprints in fresh snow. The narrative is so quiet it is easy to get lost. But every now and then a branch snaps and you find yourself back on Jude’s mysterious and somber trail home to Idaho.