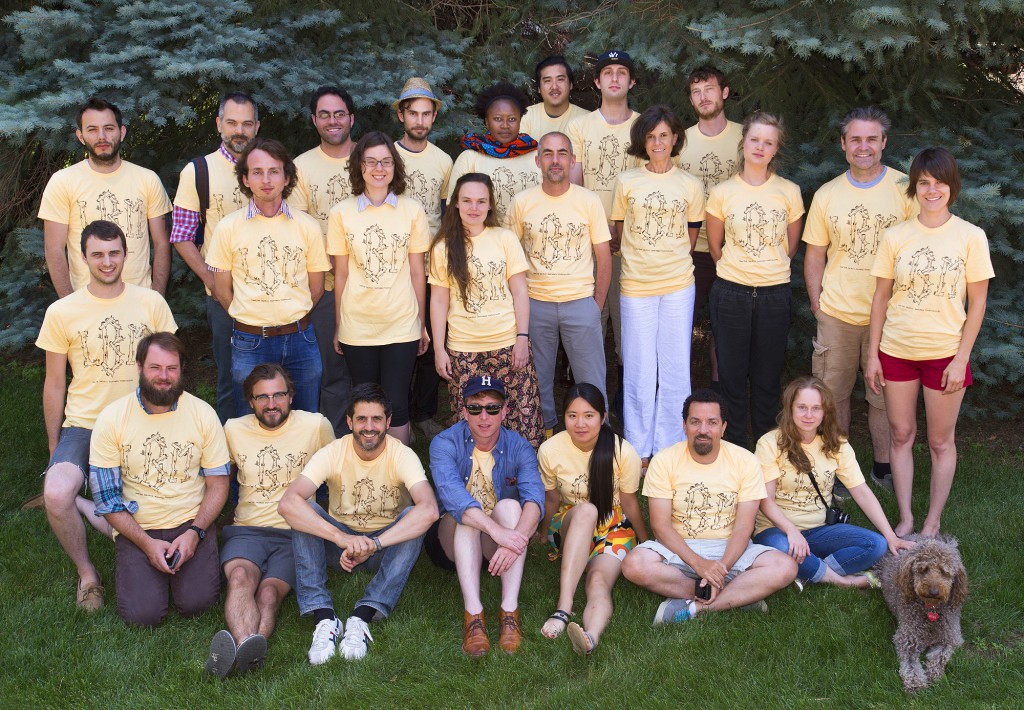 The other day my daughter and I had a conversation about the event I was hosting at my studio, The Camp For Socially Awkward Storytellers. While she agreed that I’m something of an expert on social-awkwardness, she disputed the notion that I’m a storyteller. “You take pictures and put them into books,” she said, “but they aren’t really stories.”

Her words bruised a bit, but deep down I knew she was right. I know very little about storytelling. If anything, the camp was an elaborate con to get fifteen exceptional artists from around the world to travel to Minnesota to teach me about storytelling. Man, did it work. In five short days I learned more about the possibilities of visual storytelling than I’d probably learn in a year of grad school. But there was another lesson of equal importance: the value of having real encounters with real people in the real world. 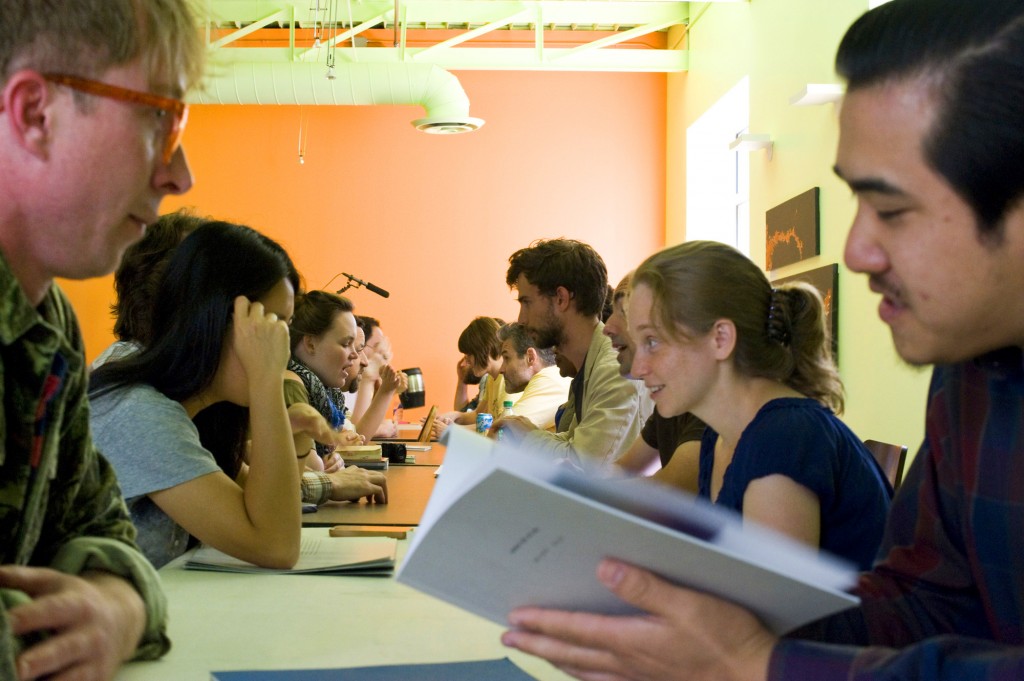 I sometimes feel like I’m drowning in digital culture. More and more of my daily life is lived in a virtual space behind the screen of my computer. On Saturday night, this virtual space was turned inside out. Fifteen flesh and blood artists projected images onto a screen in front of a flesh and blood audience. The result was, in a word, alive.

In the last few weeks I’ve expanded my “social network” to include Instagram. As expected, I quickly became caught up in the Pavlovian ego-boost of the ‘like’ count. After Saturday night, I understand why screen actors return to the stage. The sound of people laughing and clapping means more than a million ‘likes.’

For the fourth time in 27 posts, George Saunders:

A ‘like’ is not a change. Nor is a thousand ‘likes.’ I believe virtual social networks have great creative potential, but it is almost impossible to quantify. Sometimes you just need to climb into the black box with other people.

I’m so grateful to everyone who climbed into that box with me last week. Along with thanking the Soap Factory and their amazing audience, I want to individually thank the camp participants: