Alec Soth: We started out with this idea of going out into America – the hot-action, Weegee-style press photographer – to shoot in these places without a lot of action. I was drawn to this because it is sort of my world. I’m no Weegee – I’m not a Jewish, cigar-smoking Lower East Side character. But there’s Weegee on the one hand, and there’s Robert Adams on the other. For me, they are like the good angel and the bad angel – I have one on each shoulder. Adams is the good angel, the ethical photographer, who’s also cynical about society and its decay. And the flipside is Weegee, whom I think of as kind of unethical. Someone who’s laughing at the world.

Alec Soth: Yeah, he is exuberant. He loves life. And there’s that flipside for me: part of his work is really joyous, because it’s about being in the world, and having fun. And laughing and at the same time seeing what’s really sad. That’s something I want to reflect in my work: that it’s okay to laugh. It’s funny. It’s dark and funny and sad.

The current issue of Aperture Magazine features a dialog between Alec Soth & Brad Zellar recorded while driving around Ohio. 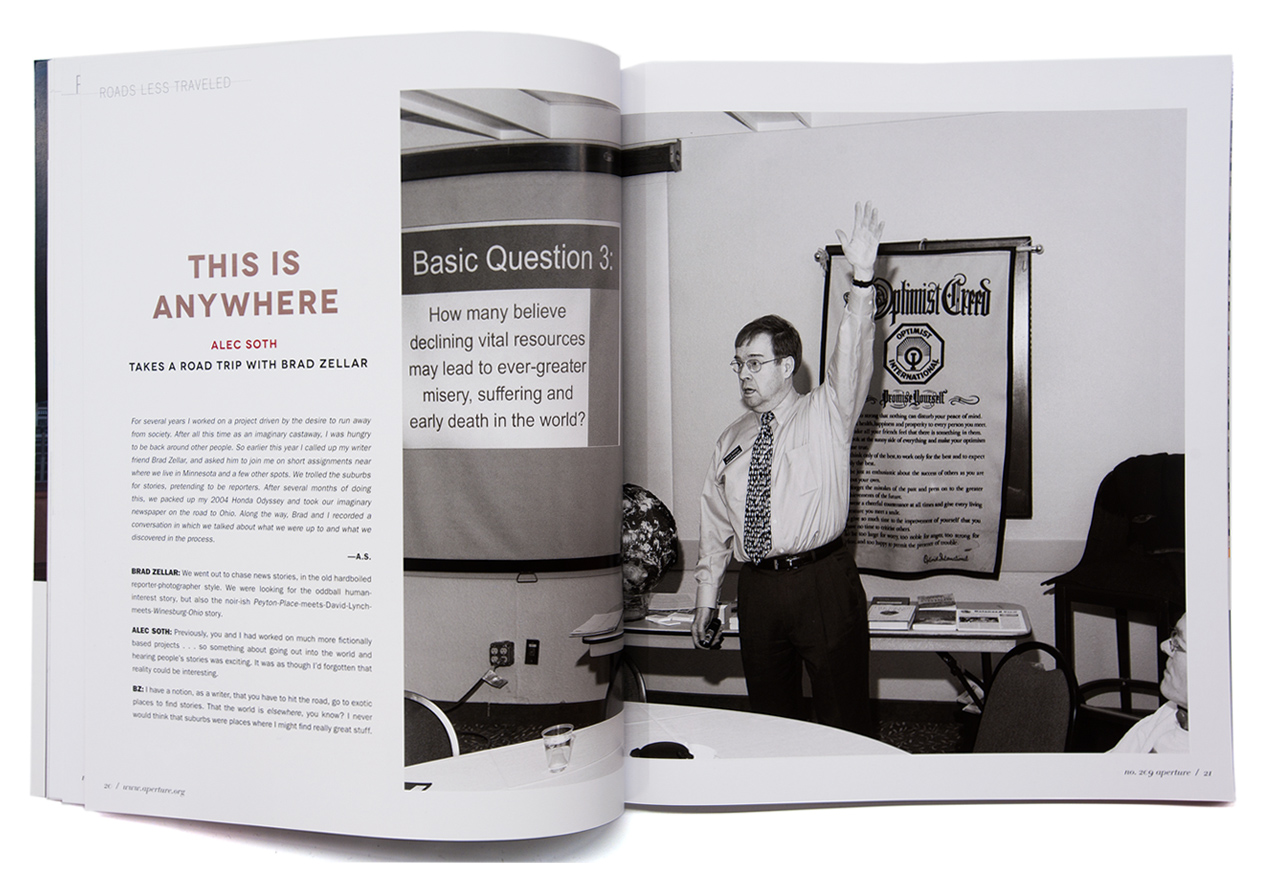 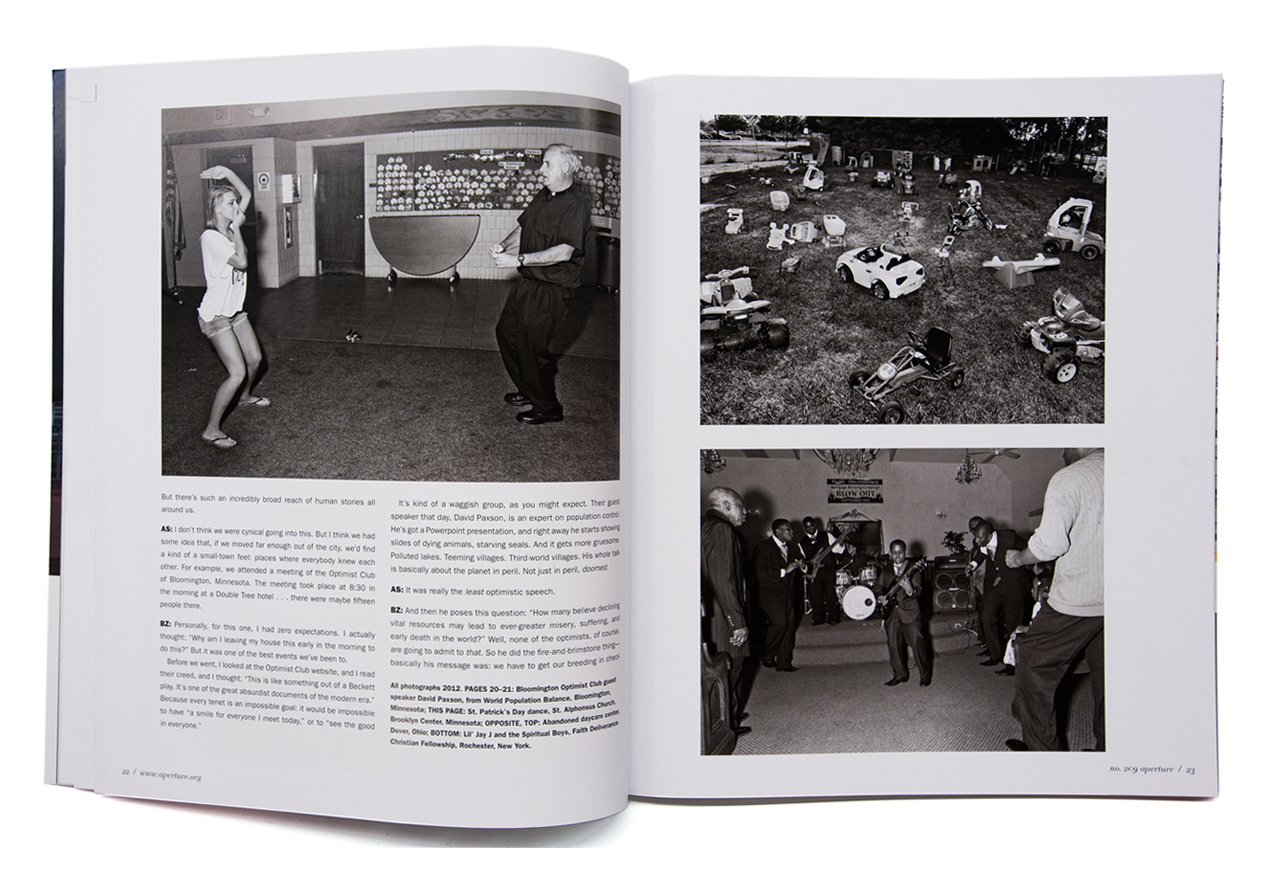 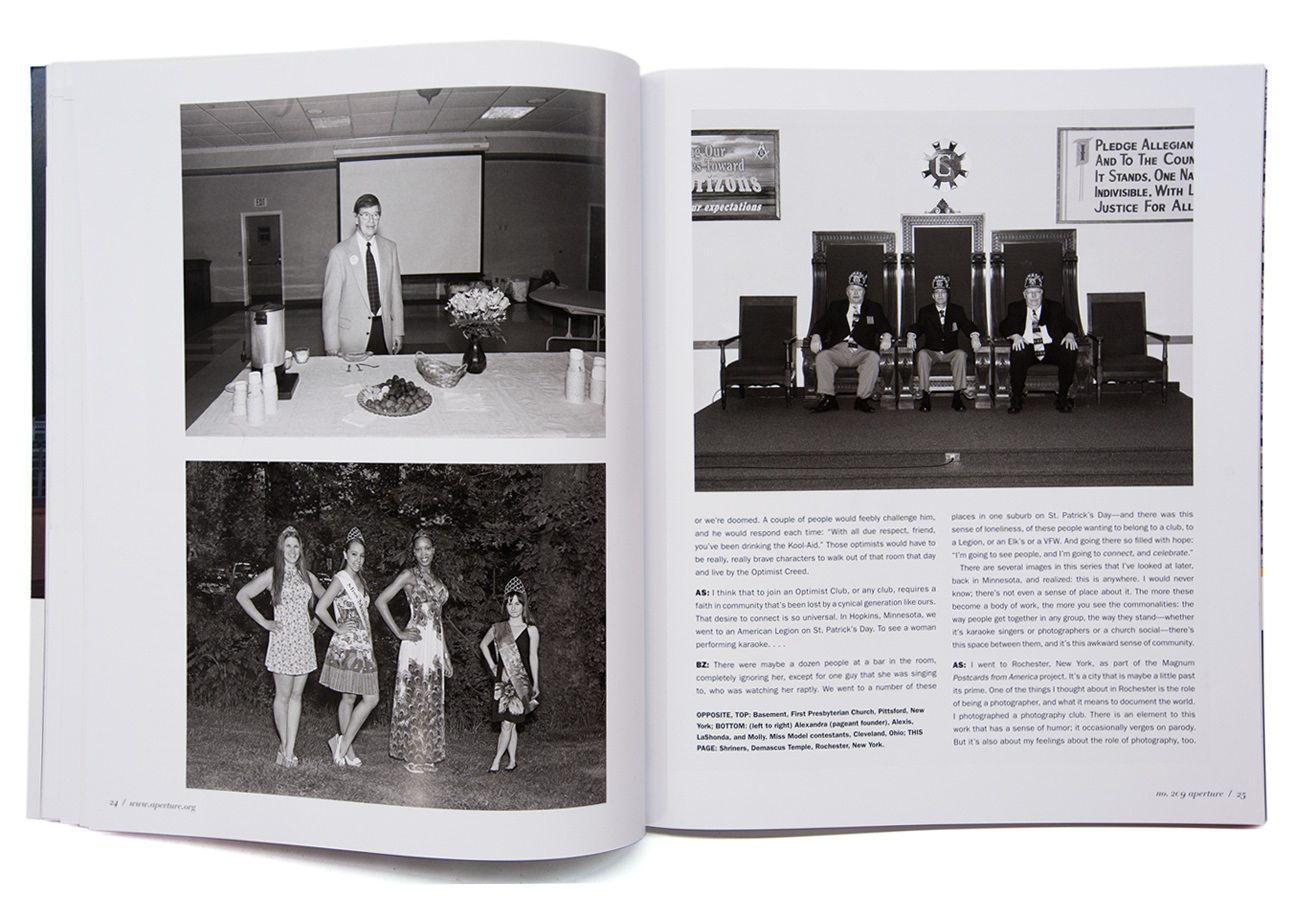 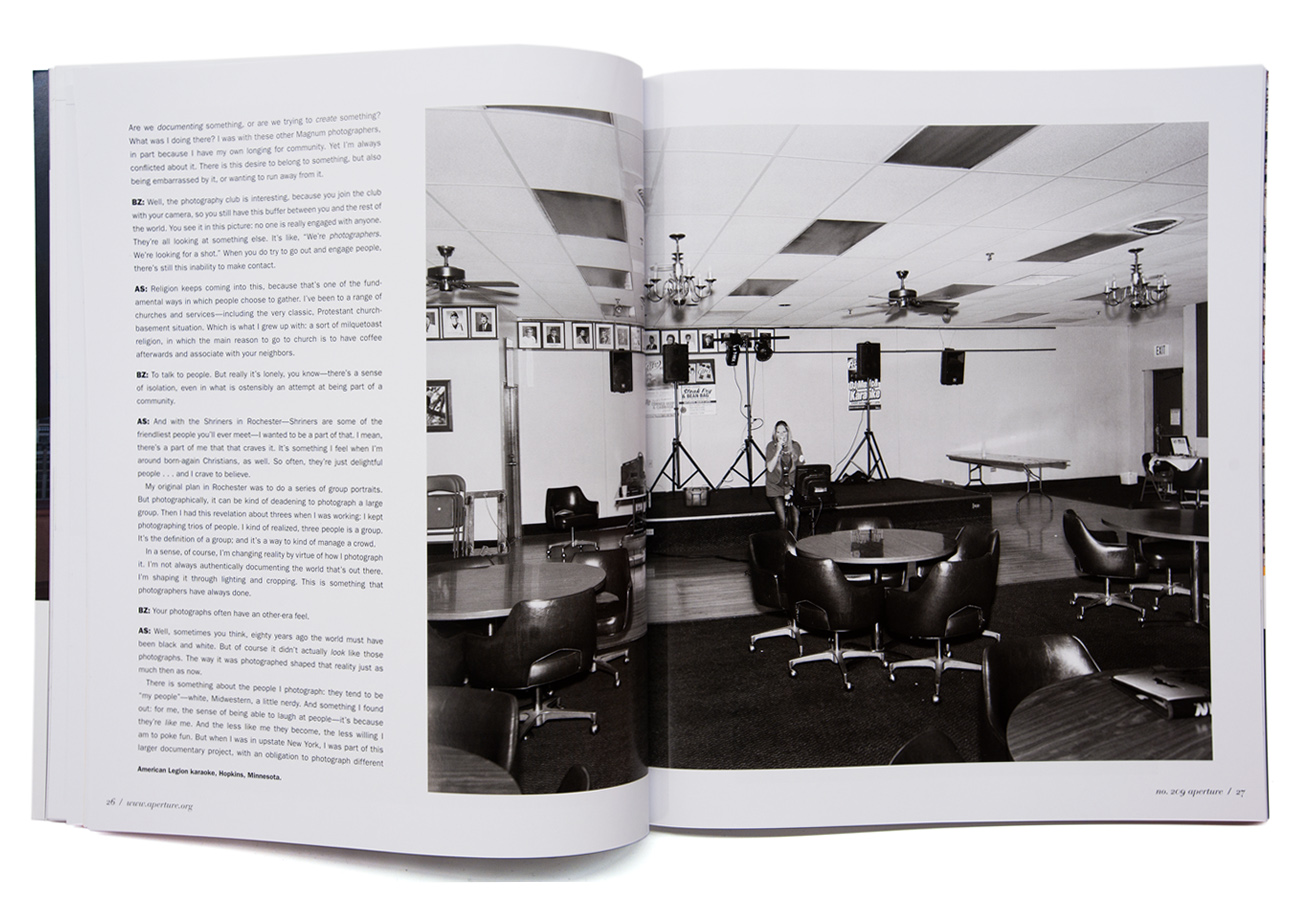 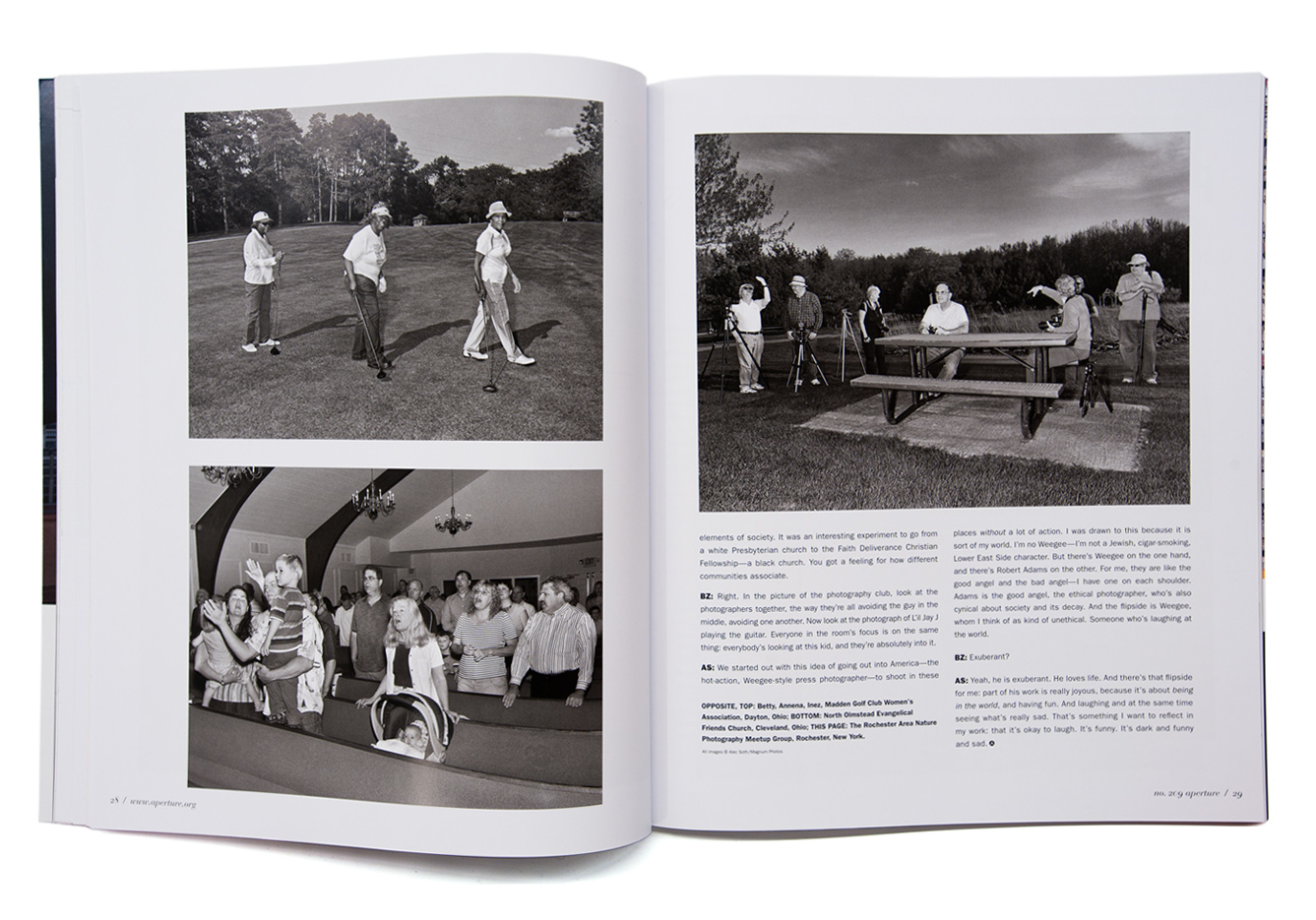 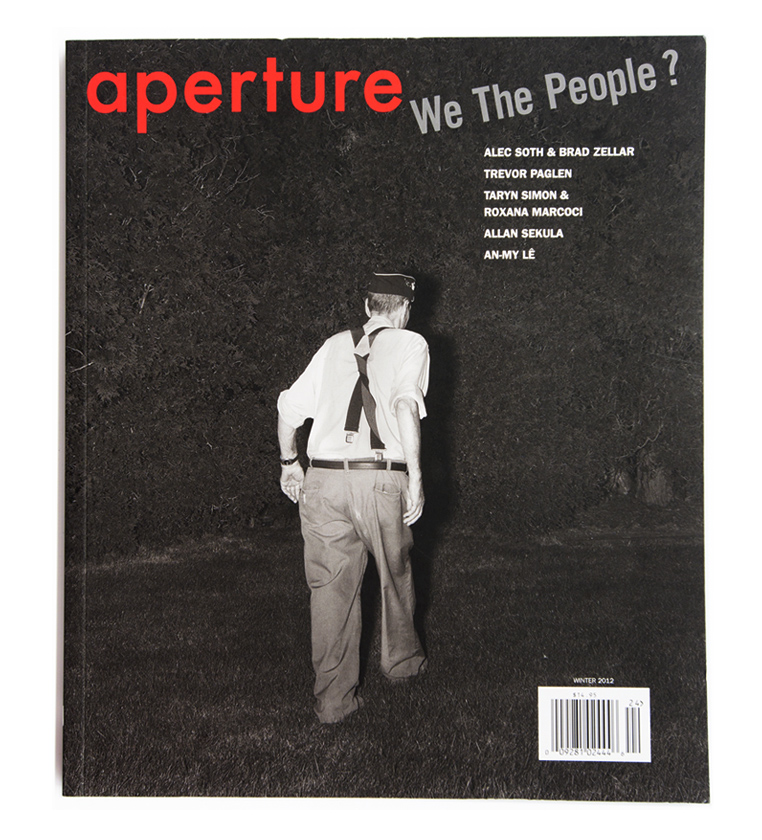