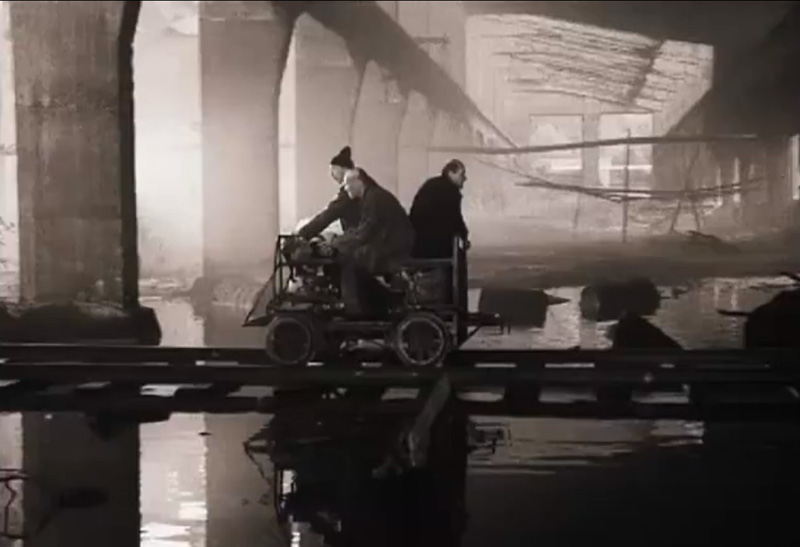 The purpose of these weekly blog assignments is to raise the bar of my cultural consumption. When I was in my twenties, I listened to John Zorn and read John Ashbery. But I got lazy after drinking the midlife cocktail of career and kids. I might have a dozen foreign documentaries in my Nexflix cue, but when the kids finally get to sleep, all I want is to do is take a bath in Breaking Bad.

I thought a lot about the different roles that culture plays in one’s lifetime while watching Andrei Tarkovsky’s 1979 film, Stalker, and reading Geoff Dyer’s recent book-length homage to the film, Zona. Dyer first saw Stalker in his twenties and it has haunted him ever since.  Midway through the book, Dyer discusses the role of age in his response to the film:

The prominent place occupied in my consciousness by Stalker is almost certainly bound up with the fact that I saw it at a particular time in my life. I suspect it is rare for anyone to see their – what they consider to be the – greatest film after the age of thirty. After forty it’s extremely unlikely. After fifty, impossible.

The most important film in my life was Kings of the Road (Im Lauf der Zeit) by Wim Wenders. Like Stalker, it is a late-70’s art house film that challenges viewers with a slow pace and nearly three-hour running time. In the case of both films, the way this time is experienced is largely what makes it potentially life-altering. But excluding the benefits of a good nap, can one’s life be altered significantly by a film after the age of forty?

It turns out I was thoroughly engaged by Stalker. Like Kings of the Road, it is something of a road movie. Three men take a forbidden journey into “the zone” in search for “the room” where all of one’s wishes are realized. While there isn’t much of a story, there is suspense. Will they safely find the room? What will happen when they get there?

What I enjoyed most about Stalker was the amount of time I had to consider these questions (and many others) during the course of the film. A traditional thriller is often described as a roller coaster ride. In Stalker, the peaks and valleys have been flattened and the viewer has time to look out at the landscape and consider the meaning of the journey. This is literally the case in a railroad scene that Dyer names “one of the great sequences in the history of cinema.”

While putting this post together, I looked up the YouTube clip of this scene. It is fascinating to see how utterly stripped of meaning it is when viewed as a three-minute excerpt on the web. “Stalker is a literal journey that is also a journey into cinematic space and – in tandem – into time,” writes Dyer. So to experience this scene outside of that space is to not experience it at all. I’m reminded of the way I watched The Tree of Life on an airplane monitor over the course of two transatlantic flights.

Here is a quote by Tarkovsky and Dyer’s response:

‘If the regular length of a shot is increased, one becomes bored, but if you keep on making it longer, it piques your interest, and if you make it even longer, a new quality emerges, a special intensity of attention.’ This is Tarkovsky’s aesthetic in a nutshell. At first there is a friction between our experience of time and Tarkovsky-time and this friction is increasing in the twenty-first century as we move further and further away from Tarkovsky-time towards moron-time in which nothing can last – and no one can concentrate on anything – for longer than about two seconds.

The great pleasure of watching Stalker was to finally have an escape from moron-time. But was my life changed? Can such a thing even happen to someone in his forties? The more I think about Stalker, the more this seems to be the very subject of the film. The three characters in Stalker are all middle-aged and world-weary. All are coming to the Zone in hopes of changing the course of their lives. At the end of the jouney/film, all three men return to the bar where they started. While they have all experienced something monumental, none appears fundamentally changed. Only the one child in the film seems capable of channeling the room’s magical forces.

I loved Stalker. But it couldn’t quite take me to the same transformative place that Kings of the Road did. Perhaps that kind of epic transformation is reserved for the young. 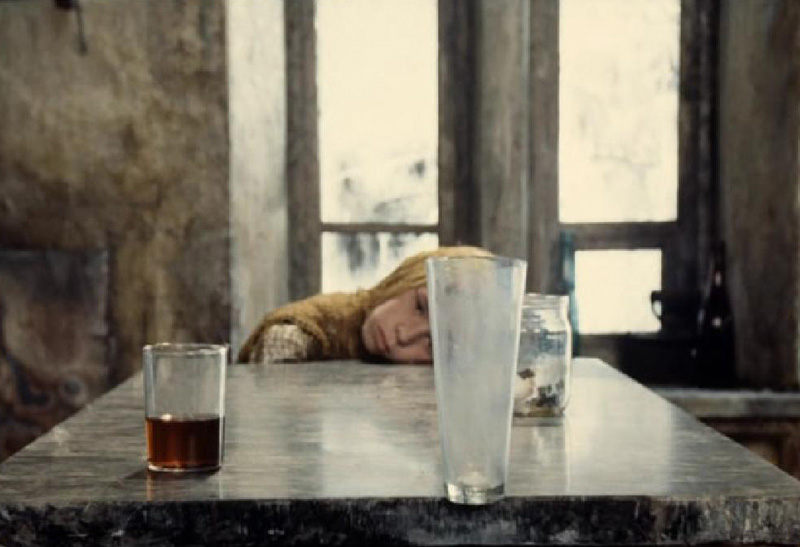