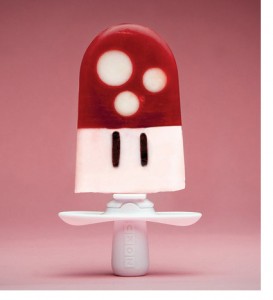 The other day I was watching Jerry Seinfeld’s web series, Comedians In Cars Getting Coffee. In the most recent episode, Michael Richards talks about his time playing Kramer on Seinfeld and says, “Sometimes I look back at the show and think ‘I should have enjoyed myself more.’”

“I could say that myself,” Jerry responds, “but that was not our job. Our job is not for us to enjoy it. Our job is to make sure they enjoy it.”

Seinfeld’s response reminded me of a conversation I had with my mother as a teenager. She asked what I wanted to do with my life. I told her that my goal wasn’t to be happy, but to make something great. I guess I still feel the same way, but I don’t think it would hurt to take a bit more pleasure out of things along the way.

The Walker Art Center recently asked me to write a Top 10 List for 2012. They asked that the list be broad and include everything from books and music to political movements and technological developments. I struggled to come up with an intelligent sounding reply. I’m not sure I read a single serious book written this year. But while I haven’t read Zadie Smith’s new novel, I did manage to read her recent essay in the New York Review of books. It’s a killer (and will surely be on my top 10 list). Since reading it a couple weeks ago, I haven’t been able to stop thinking about Smith’s eloquent breakdown of the difference between joy and pleasure. Joy, for her, is “that strange admixture of terror, pain, and delight” whereas pleasure is the easily attained amusement of a pineapple popsicle.

Part of the reason I’m struggling to come up with a list this year is because I’ve been so busy making stuff that I haven’t given much attention to consuming other stuff. This has been the most creatively productive year I’ve ever had. It was utter joy. But I agree with Smith in her essay where she writes “the thing no one ever tells you about joy is that it has very little real pleasure in it.”

In 2013 I’m still going to pursue the terrifying ecstasy of making things, but I want to spend more time being attentive to the simple pleasures of experience. Working on the Top 10 assignment, I noticed that it made me more aware of the culture I’m consuming. It has also made me more proactive about seeking out quality. Rather than waste another hour mindlessly surfing Twitter before bed, the other night I finally watched Laruen Greenfield’s documentary Queen of Versailles. The film was more profound, and gave more insight into contemporary America, than a year’s worth of tweets.

Since the process of evaluating and prioritizing my experience has been so satisfying, I’ve decided I need to do more of it. My plan for 2013 is to work on my year-end list all year long. To do this, I’m inaugurating a new feature on this blog where I highlight one particularly pleasurable slice of culture each week. My New Year’s resolution is to highlight these delights every Monday. If nothing else, this will make next year’s year-end list much easier to write.

PS. On my top 10 list I listed Brad Zellar’s Christmas serial, The Envoy. Near the end of the story, the main character finds a photograph of his grandfather with a Post-It note that reads, “Joy really isn’t all that dangerous. Risk everything.”